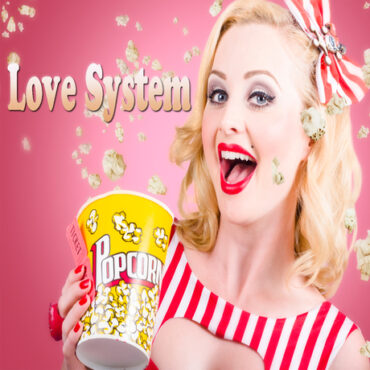 Love System The best of Popmusic with popcorn.

Over the Hump Love System 3:37

I Will Love You Moonday Love System 3:31

We Are the People Love System 3:36

Pop music (a term that originally derives from an abbreviation of "popular") is a genre of popular music which originated in its modern form in the 1950s, deriving from rock and roll.The terms popular music and pop music are often used interchangeably, even though the former is a description of music which is popular (and can include any style).
As a genre, pop music is very eclectic, often borrowing elements from other styles including urban, dance, rock, Latin and country; nonetheless, there are core elements which define pop. Such include generally short-to-medium length songs, written in a basic format (often the verse-chorus structure), as well as the common employment of repeated choruses, melodic tunes, and catchy hooks.
So-called "pure pop" music, such as power pop, features all these elements, using electric guitars, drums and bass for instrumentation;in the case of such music, the main goal is usually that of being pleasurable to listen to, rather than having much artistic depth.Pop music is generally thought of as a genre which is commercially recorded and desires to have a mass audience appeal.

Be the first to review “Love System Popcorn” Cancel reply