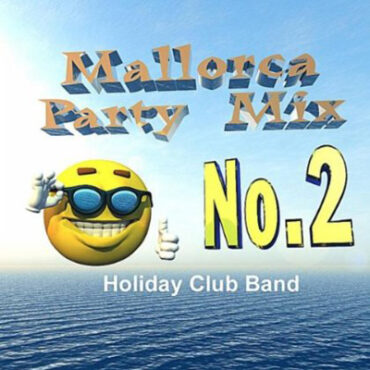 Schlager music (German: Schlager, loosely translated as "a hit") is a style of popular music prevalent in Central and Northern Europe and the Balkans (in particular Germany, Austria, the Netherlands, Flanders, Republic of Macedonia, Slovenia, Serbia, Croatia, Switzerland, Turkey, Scandinavia and the Baltic States) and also (to a lesser extent) in France and Poland. In Portugal, it was adapted and became pimba music. Typical schlager tracks are either sweet, highly sentimental ballads with a simple, catchy melody or light pop tunes. Lyrics typically center on love, relationships and feelings. The northern variant of schlager (notably in Finland) has taken elements from Nordic and Slavic folk songs, with lyrics tending towards melancholic and elegiac themes. Musically, schlager bears similarities to styles such as easy listening music

The roots of German schlager are old; well-known singers during the 1950s and the early 1960s included Lale Andersen, Freddy Quinn, Ivo Robic, Gerhard Wendland, Caterina Valente, Margot Eskens and Conny Froboess. Schlager reached its peak in popularity in Germany and Austria during the 1960s (featuring Peter Alexander and Roy Black) and the early 1970s. During the 1980s and early 1990s, Schlager was not popular in Germany and Austria[citation needed]. From the mid-to-late 1990s into the early 2000s, however, German-language schlager saw an extensive revival in Germany. Even reputable dance clubs would put in a stretch of schlager titles during the course of an evening, and numerous new bands specializing in 1970s schlager cover versions and "new" material were formed. In Hamburg, schlager fans still (as of 2013) gather annually by the hundreds of thousands and dress in 1970s clothing for a street parade called "Schlager Move". Due to its popularity, the Schlager Move brand is also used for a number of smaller Schlager music parties in several major German cities throughout the year. This revival is associated with kitsch and camp.
Germans view Schlager as their Country Music and in fact American Country and TexMex are both major elements in the Schlager culture (Is This the Way to Amarillo is regularly played in Schlager contexts, usually in the English original).
Popular Schlager singers include Roland Kaiser, Jürgen Drews, Andrea Berg, Helene Fischer, Nicole, Claudia Jung, Andrea Jürgens, Michelle, Kristina Bach, Marianne Rosenberg, Simone Stelzer, Christian Lais, Semino Rossi, Vicky Leandros and Leonard. Stylistically, schlager continues to influence German "party pop": music most often heard in après-ski bars and Majorcan mass discos. Contemporary schlager is often mingled with Volkstümliche Musik. If it is not part of an ironic kitsch revival, a taste for both styles of music is commonly associated with a lower and lower middle class habitus, typically heard in folksy pubs, at fun fairs, and bowling league venues.

Be the first to review “Mallorca Party Mix 2... ” Cancel reply