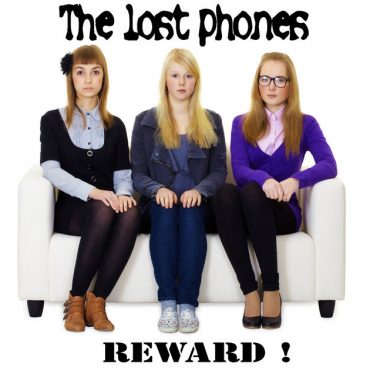 The lost phones or the new Superband of Pop NOW: Reward!

Ketch Up Song The lost phones 3:04

I Feel Better The lost phones 3:33

Conquest of Paradise The lost phones 3:34

All That She Want The lost phones 3:47

Rythm Is a Dancer DJ The lost phones 3:53

My Heart Will Goon The lost phones 3:34

I Promised Myself The lost phones 4:07

Throughout its development, pop music has absorbed influences from most other genres of popular music. Early pop music drew on the sentimental ballad for its form, gained its use of vocal harmonies from gospel and soul music, instrumentation from jazz, country, and rock music, orchestration from classical music, tempo from dance music, backing from electronic music, rhythmic elements from hip-hop music, and has recently appropriated spoken passages from rap.

It has also made use of technological innovation. In the 1940s improved microphone design allowed a more intimate singing style and ten or twenty years later inexpensive and more durable 45 r.p.m. records for singles "revolutionized the manner in which pop has been disseminated" and helped to move pop music to ‘a record/radio/film star system’. Another technological change was the widespread availability of television in the 1950s; with televised performances, "pop stars had to have a visual presence".

In the 1960s, the introduction of inexpensive, portable transistor radios meant that teenagers could listen to music outside of the home. Multi-track recording (from the 1960s); and digital sampling (from the 1980s) have also been utilized as methods for the creation and elaboration of pop music. By the early 1980s, the promotion of pop music had been greatly affected by the rise of Music Television channels like MTV, which "favoured those artists such as Michael Jackson and Madonna who had a strong visual appeal".

Pop music has been dominated by the American and (from the mid-1960s) British music industries, whose influence has made pop music something of an international monoculture, but most regions and countries have their own form of pop music, sometimes producing local versions of wider trends, and lending them local characteristics. Some of these trends (for example Europop) have had a significant impact of the development of the genre.

According to Grove Music Online, "Western-derived pop styles, whether coexisting with or marginalizing distinctively local genres, have spread throughout the world and have come to constitute stylistic common denominators in global commercial music cultures".Some non-Western countries, such as Japan, have developed a thriving pop music industry, most of which is devoted to Western-style pop, has for several years has produced a greater quantity of music of everywhere except the USA. The spread of Western-style pop music has been interpreted variously as representing processes of Americanization, homogenization, modernization, creative appropriation, cultural imperialism, and/or a more general process of globalization

Be the first to review “Reward ! The lost... ” Cancel reply